Honouring Our Canadian Heroes Who Laid Their Lives on Vimy Ridge

In 2003, the Government of Canada declared April 9th to be “Vimy Ridge Day”, in honour of the Battle of Vimy Ridge that took place in 1917, during the First World War. For the first time, all four divisions of the Canadian Expeditionary Force were assembled to fight as a corps, and the battle was made into a symbol of Canadian achievement and sacrifice.

The Canadian divisions were joined by the British 5th Infantry Division artillery, engineer and labour units, and supported to the north of the Souchez River by the 24th British Division I Corps, and by advancing XVII Corps to the south. The Canadian Corps received three times the artillery normally assigned to a corps for regular operations.

The attack began at 5:30am on Easter Monday, April 9th 1917, when every piece of artillery at the disposal of the Canadian Corps began firing in a synchronized barrage. Light field guns advanced in predetermined increments, 100 yards every three minutes in a non-stop bombardment, while medium and heavy howitzers established a series of standing barrages against known defensive systems further ahead. Before the night fell on April 12th 1917, the Corps was in firm control of the ridge.

The Canadian Corps suffered 10,602 casualties: 3,598 killed and 7,004 wounded. The defeated German Sixth Army suffered an unknown number of casualties, with approximately 4,000 Germans becoming Prisoners of War. The Germans did not attempt to recapture the ridge, including during the Spring Offensive, and it remained under British control until the end of the war.

The Canadian National Vimy Memorial resides on land granted to Canada in northern France. It is inscribed with the names of 11,285 Canadian soldiers who were listed as missing or presumed dead in France. It stands as a tribute to all who served their country in battle and gave their lives in the war. Veteran Affairs Canada maintains the memorial, see Veterans Affairs Canada for more information.

Zum Zum is a newly created white-glove delivery service owned & operated by Rosedale Livery, that brings top quality products from Costco Business Centre straight to your door, with FREE delivery and NO membership required. Anywhere in Toronto and the GTA.

Rosedale Livery Ltd. was founded in 1981 by Douglas McCutcheon with a clear commitment to customer service, and grew to be the largest operator of livery limousines in Canada. Through investments in people and technology, we continue to change and adapt to the evolving needs of our clients.

Our mission is for Zum Zum transform your regular shopping into Smart Shopping, with quick ordering online you’ll save hours every week – escaping the driving, shopping, check-out lines, packing etc.

Our specialized in-store shoppers and our chauffeurs handle your groceries with care and with your safety in mind. Innovative packaging and high-performance insulated containers maintain the quality of your products while on delivery. Proprietary technology predicts the time you can receive the order before you even place it. A truly seamless experience… CONTINUE READING 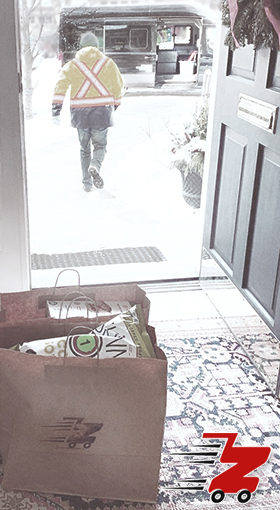